Moving to Tokyo: A Family’s Story 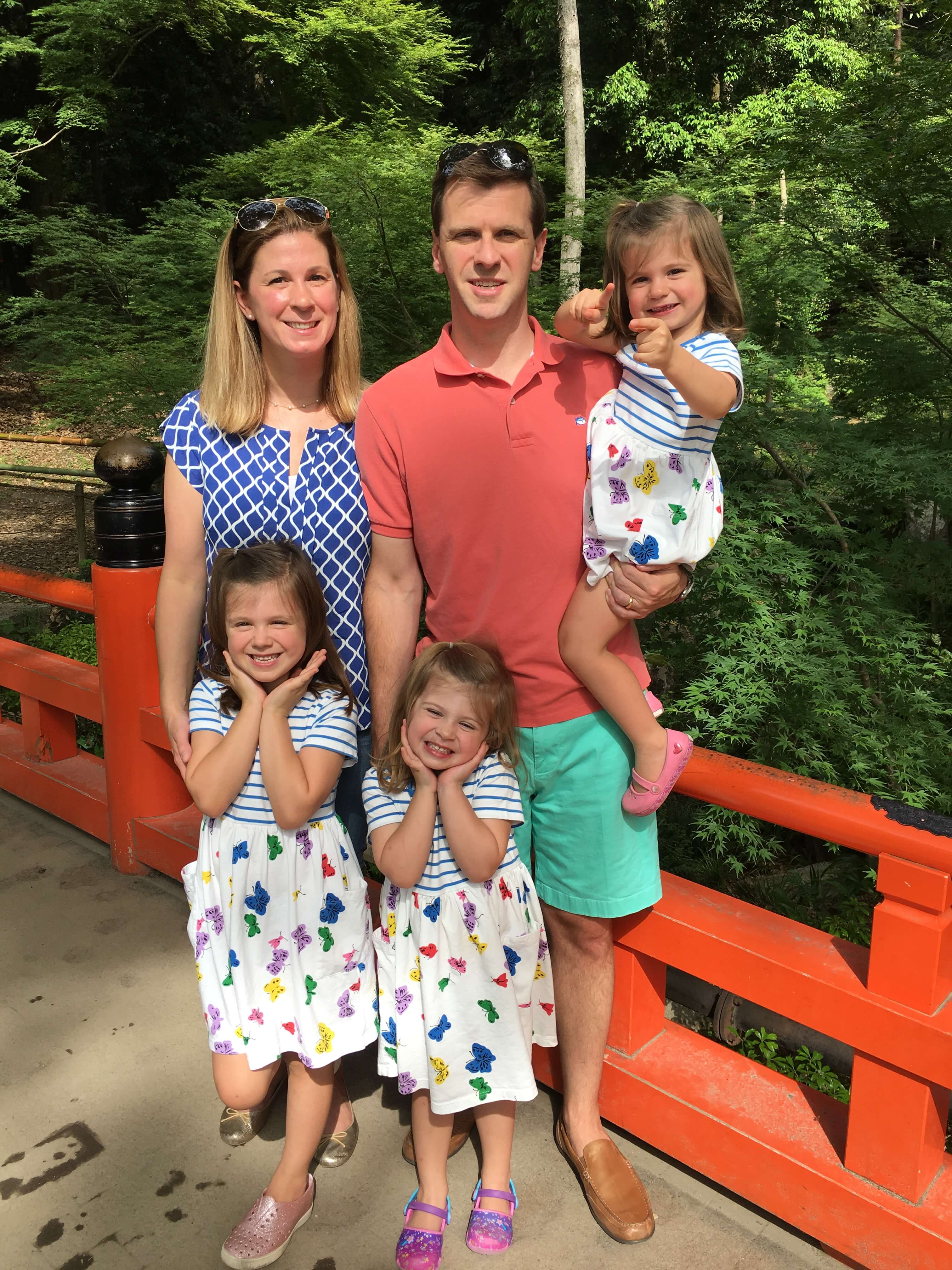 After her husband received notice he was transferring to his company’s global headquarters in Tokyo, Barbara M had many mixed emotions.

Mainly, she was excited her three daughters were going to get to experience the international lifestyle.

Weekdays will be filled with work, school and extracurricular activities and trying to maneuver your new everyday life. It's important to explore Tokyo and experience the Japanese culture.

“Having both lived in London during college, my husband and I were looking forward to the opportunity to again live abroad and to share that international experience with our children.”

“We were a bit nervous to move so far away, of course, but very excited for a new adventure.”

The family of five arrived in Tokyo in January of 2018.

Originally from the small suburb Lake Forest just north of Chicago, the family had only moved once prior, when they relocated from New York City after 10 years of living there.

Getting ready for a move as significant as this one, the preparations the family took was substantially different.

“As a family, we tried to learn as much as possible about the culture of Japan in the months before moving – reading books (both for adults and children), sampling different foods, and practicing the language through DVDs and CDs.”

In addition to researching the cultural differences of living in Japan, Barbara reached out to people who had been in her shoes before.

“We also reached out to former expats that we knew who had previously lived in Japan for advice and information.”

Get the complete packing checklist for moving to Japan here.

When it came to choosing a school, she knew exactly where she wanted her children to go, her children would attend Nishimachi International School.

“We chose Nishimachi because of its reputation as a world-class international school in Tokyo. Its size also offers a warm atmosphere where students receive personal attention and support, and students and parents alike have a strong sense of community.”

In addition to the reputation and strong sense of community, Barbara again wanted to ensure her children have a truly international experience.

And this is exactly what Nishimachi provides its students, an international community with a strong focus on exposure to Japanese language and culture.

According to Barbara, Nishimachi helped make her family’s transition to Japan a seamless one.

“We were contacted a few months prior to our move by a parent in the Kindergarten class our daughter was joining with a warm welcome and helpful information.”

This parent gave her information about healthcare services, emergency numbers, shops, fitness clubs, activities, and offered to be a contact for any questions they may have. The parent also offered to meet up once her family arrived.

A year after her family’s move, Barbara is truly grateful her family is part of the Nishimachi community.

“Our daughter has thrived at Nishimachi and has felt very comfortable from the start; she has met terrific friends and teachers from around the world and has a true passion for learning, which Nishimachi strongly supports,” she said. “We’re also thrilled that our second daughter will be joining Nishimachi’s Kindergarten in the fall.”

And when it comes to giving advice to families about to make a significant move, Barbara has some helpful tips and words of encouragement.

“Embrace the adventure with your family and have an open mind!. You will likely be overwhelmed leading up to the move and for some time after arriving, but many people have been through it so lean on the community for answers, support, and sanity.”